The Personality Traits of a True Leader: What to Learn from Great US Presidents

Ever wondered what it takes to be a respected, successful president of the United States? An array of good qualifications, an impressive CV, and a long political career are excellent qualities, but these aspects alone are not quite enough.

A great president often conceals a range of soft skills and personality traits that can truly make a difference. In this respect, a company owner or manager seeking high-esteem needs to embrace certain characteristics too. What can you learn from the highly regarded US presidents of yesteryear to drive your leadership transformation?

Here, we detail some of the personality traits that are commonly associated with prominent, accomplished White House leaders throughout the decades.

A charismatic figure can have a massively positive impact on their team members and followers. Having a personality and attitude that is charming, likeable, and inspiring can win over even the toughest of critics. John F. Kennedy possessed bags of charisma, a trait that would emerge energetically during his public speeches. His inaugural address in 1961 was a clear example of his ability to command the stage and capture his audience. Here are his famous words: “My fellow Americans, ask not what your country can do for you, but what you can do for your country”.

Likewise, a manager with a friendly and accommodating demeanour will help create a serene, driven workplace. By complementing an approachable character with convincing communication skills, you will keep your staff happy and motivated.

While it is important to show enthusiasm as a leader, when it comes to decision-making, assertiveness is key. Not only that, but respected leaders will have the capacity to persuade their team or audience about innovative ideas, projects, and standpoints.

Assertiveness is one of the most prevalent indicators of presidential success. In fact, on average, US presidents are more assertive than 80% of the American population. Among the most resolute and influential figures over the years are Andrew Jackson, Woodrow Wilson, and the two Roosevelts.

Persistence and commitment are great attributes to have in a position of leadership. Nowadays, the amount of competition in the workplace can be tiring and wearing, and a good dose of resilience can help you keep in line with your aims and objectives. Navigating your team through stormy periods is a precious skill, and it often requires an individual who is committed to keeping both themselves and their staff focused and positive.

Franklin Roosevelt was arguably one of the most resilient, dedicated US presidents of all time. Despite being diagnosed with polio, which left him paralyzed from the waist down, his commitment paved the way to an extraordinary career. He first served as the governor of New York from 1929 to 1932, and later held the position of president of the United States for four consecutive terms.

Hence, it is fair to say that commitment and resilience are two valuable traits for a leader to have in their locker.

A successful president is able to keep their composure and deal with stress on a regular basis. Tense situations are part of the White House’s daily agenda, and it takes an individual that can maintain a cool head – no matter the circumstance – to respond to challenges. Barack Obama, for instance, was often able to soften arduous moments, including tricky press conferences. What’s more, respected presidents have the enviable trait of controlling their impulses. This allows them to think twice before expressing frustrations or controversial opinions, avoiding backlash and unnecessary conflict.

Ultimately, both stress management and impulse control are features that can aid managers and business owners. Firstly, it will help create a more relaxed atmosphere inside the workplace and within the team. Secondly, it will do your mental wellbeing the world of good. Taking a moment or two to reflect before making an important decision, as well as to mitigate feelings of anxiety and uncertainty, is fundamental for thriving in a position of leadership.

Another positive trait that usually characterises respected presidents is showing openness to experience. In fact, ‘open’ political figures are generally considered greater than those that are more ‘closed’. Openness is strongly connected to other positive personality facets, from conscientiousness and extroversion to general intelligence and brilliance. Furthermore, this trait is also tied to a willingness to question traditions and pioneer change, often putting moral authority at the top of their priorities.

Arguably, maintaining an open mind in any field can work wonders on the success of your business. A manager that welcomes change, new experiences, and innovative ideas is a leader that can outpace competitors and allow their staff to blossom.

Ultimately, there are many soft skills and attributes that, as an owner or a manager, you can inherit from highly regarded US presidents over the years. From embracing a charismatic attitude to showing resilience and staying focused, there are plenty of valuable lessons to take in. 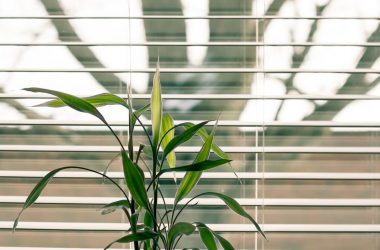 For every homeowner or business concern people, ScreenLine Blinds are the latest and perfect solution. These are the… 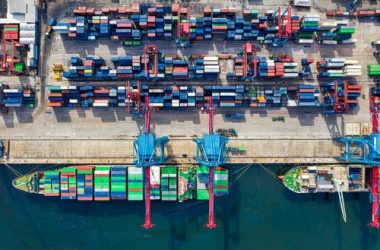 Evidence shows that the view on gender has dramatically shifted in the past 35 years. In 1984, 42… 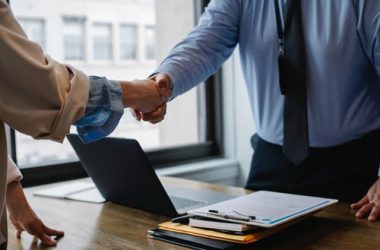 Ultimate Guide To The Types Of Presentation Folders

The Importance of Presentation Folders Presentation folders come in many different shapes, sizes, and styles to suit one’s…