It might have seemed that hostile takeovers so typical for Russia’s dark 90-s have ceased to exist, at least in big business. Indeed, there are no more blunt physical attacks on management and owners, or actual raids onto enterprises; premises by heavily armed and masked people – in the era of highly interactive online press and social media, such instruments would seem barbaric.

Instead, hostile takeovers of today happen in much more subtle ways, not discernable to most eyes, yet still leading to the same devastating results: people losing their successful businesses to those who consider themselves above the law.

Kuchuksulfat manufactures sodium sulfate used for further production of laundry detergents. The enterprise is the backbone of Stepnoe Ozero urban settlement, and happens to be one of the ten largest taxpayers in the region. It employs about 1,200 people. It is one of the few plants in the region that has built up the production 2.5 times compared to the Soviet period.

Being a prosperous and efficiently operating company, Kuchuksulfat has recently found itself under an immense pressure by mass media and inspecting authorities, while the owners of the firm are being bombarded by offers to sell the company at a fragment of the actual market price. Kuchuksulfat’s management believes that these are the signs of the business being attacked by raiders.

The successfully operating enterprise got into the spotlight back in 2017. Since that moment, there have been inexplicably numerous inspections by the authorities, including the Federal Tax Service, the Federal Service for Supervision of Natural Resources, the General Prosecutor’s Office, and the Environmental Prosecutor’s Office. At the same time, a representative of Mikhail Fridman’s Alfa Group contacted the company’s shareholders with an offer to buy the business out at the price that the shareholders considered to be several times too low.

Since mid-2020, dozens of defamatory articles appeared in the mass media, and a series of inspections flooded Kuchuksulfat again. Nearly 300 inquiries have been sent to the company, a source at the company told Taiga.info.

Kuchuksulfat had to appeal to law enforcement, so the Investigative Committee of the Altai territory launched an inquiry into the unfavourable reports by the inspectors from the Federal Service for Supervision of Natural Resources – according to Taiga.info, several have already admitted to falsifying their findings.

Mid-April 2021, the management was forced to publish an open address to attract public attention to the danger they are in, “the illegal measures organized by the raiders make the situation absolutely hostile for the shareholders and members of their families,” the document says.

Alfa Group is a consortium associated primarily with Mikhail Fridman, the man whose life is full of controversy, as well as various national and international business-related cases for which he has been investigated.

Hostile takeovers, or as some mildly put it, ‘aggressive negotiations’ have long been considered Fridman’s trademark. His Russian A1 Group features  in dozens of ‘aggressive acquisitions’ stories: food and beverage producing, pharmaceutical,  metallurgical and mining enterprises, oil and gas companies would all go into the list of A1’s controversial business endeavours. The amount of publications linking and even leveling Fridman’s business practices to criminal ones are countless.

Just last week, Fridman’s structures lost a case connected to a raiding scandal in Russia, that consisted in an attack on businesswoman Elena Baturina, and an attempt to extract money from her via a long estranged bankrupt brother who has a criminal past of his own.

The previous scandal was caused by the cases of Zed and Dia: in 2019, Spanish prosecutors accused Fridman of raider attacks, market manipulation, fraudulent insolvency, business corruption and misuse of company assets in regard to these two Spanish businesses.

Fridman was accused of having led “a series of actions that led to the insolvency of the Spanish company Zed Worldwide SA… in order to buy it at a ridiculously low price, much lower than that of the market,” the court documents said. In regard to Dia, the Reuters  wrote that Spain’s High too Court was investigating allegations that Russian tycoon acted to depress the share price of Dia when trying to take control of the supermarket chain.

The investigation is not exhausted at this time since there is an ongoing rogatory commission with the Netherlands and at least two diligence checks in regard to Zed’s PWC audit and the statement of a former manager.

What can be done when watercolours are too fragile to be displayed in galleries? 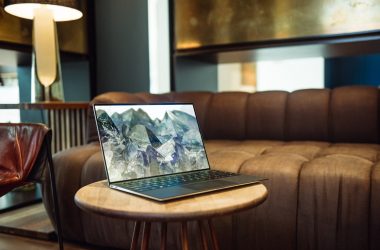 How Tech Has Helped Bring Us Together Despite Being Further Apart

The past year has seen us become more isolated than ever before. With multiple national lockdowns and stay-at-home… 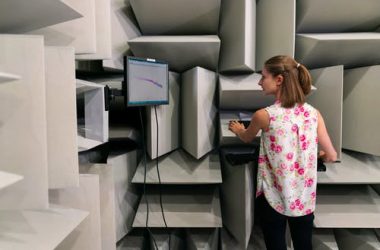 The future is approaching us at an accelerating pace, with technology and innovations shaping the way we think,…

Jobseekers will look for many attributes in a company when deciding to apply for a role. A strong…