Over the past decade, the rise of social media has become an integral part of our everyday lives. Hours upon hours of our time has been spent scrolling through the latest news and updates from our favourite celebrities on platforms such as Instagram, Facebook, and most recently, TikTok. Not only is social media a great way to keep up with the latest celebrity gossip, but it is also bursting with fashion and beauty inspiration from some of the world’s most prominent.

From likes to follower counts, to post engagement rates — the rate at which people are interacting with posts —, Instagram continues to be the platform that many influencers use to spread their fashion and beauty advice, as well as make a hefty wage in the process. With this in mind, we have collected data that documents the top 10 biggest influencers on Instagram, and how much money they potentially make (number 1 being the biggest influencer descending to 10).

Renowned for starting all of his YouTube videos with the phrase “Hi, sisters!” James Charles first made an appearance in the beauty and cosmetics world back in 2015 and has since gained a following of 23.8 million on Instagram.

Other than his highly sought-after eyeshadow palette which he collaborated with cosmetics brand Morphe to create, his high Instagram following is estimated to generate him between £36,061–£60,102 per post. With an average of 2 million likes per post and an engagement rate of 8.93 per cent, it comes as no shock his Insta income is so impressive!

If you’re a fan of binge-watching makeup tutorials on YouTube, there’s no doubt you will have stumbled across Nikkie de Jager’s channel ‘NikkieTutorials’ once or twice. Through her creative and inspiring makeup how-to guides and collaboration with makeup brand OFRA Cosmetics, she gained an Instagram following of 14.5 million people.

More commonly known as Jeffree Star, this influencer first rose to fame on YouTube as a singer and then entered the beauty and cosmetic industry back in 2014. Since then, his entirely vegan makeup brand, Jeffree Star Cosmetics, continues to drive sales in the beauty industry.

With 14.4 million followers and a user engagement of 2.89 per cent, Star generates a hefty sum of his income from Instagram alone. With the number of likes he receives per post averaging at 415,924, his estimated total income per post is between £21,826–£36,377.

The English vlogger, businesswoman, and author more commonly known as Zoella has grown a huge online presence over the years. After the launch of her makeup brand, Zoella Beauty, back in 2014, Zoella continues to grow on the likes of Instagram where her follower count stands at 9.1 million people and average likes per post at 179,769.

Her posts continue to inspire many people across the globe and gain her an average earning of £13,819–£23,032 per Instagram post.

With an Instagram following of 6.3 million people and the average number of likes per post standing at 233,304, Jaclyn Hill continues to be a popular face in the beauty and cosmetics industry. After the launch of her makeup line, Jaclyn Cosmetics, and YouTube video collaborations with A-list celebrities including Kim Kardashian, it’s no surprise that Hill is thought to earn between £9,628–£16,048 per Instagram post.

Gaining seventh place in Instagram’s most popular influencers list is Patrick Simondac. With an Instagram following of 4.5 million people and an average number of likes of 40,625 per post, this large following is thought to earn him between £6,870–£11,459 for every post he shares with his fans.

Most commonly known as Patrick Starrr, he is a professional freelance makeup artist and YouTuber who is thought to have initially found his interest in makeup via his love for photography. Since then, he has gone on to win the award for Beauty at the 2017 Streamy Awards and is the founder of the vegan make-up brand ONE/SIZE.

Speaking of Starrr, he is often associated with Manuel Gutierrez who also makes the list of one of the most influential beauty gurus. Professionally known as Manny MUA, he is a professional makeup artist and YouTuber with a following of 4.1 million people on Instagram.

Placing ninth on the list of most popular Instagram influencers is Abby Roberts. With a total of 2.4 million Instagram followers and a high user engagement of 12.39 per cent, she is estimated to earn between £3,750–£6,250 per Insta post.

Ranging from everyday makeup tutorials to special effects makeup designs, Roberts first became known on Instagram back in 2013 and has since then taken her makeup videos to the YouTube platform.

Gaining the final position on the most influential Instagrammer list is Lauren Mychal. Achieving a total of 2.1 million followers, an engagement rating of 11.50 per cent, and an average number of likes totalling to 242,658, it’s fair to say that Mychal is a familiar face in the Instagram community.

More commonly known as Mykie, she uses her platform to spread inspiration on everything from everyday makeup to special effects tutorials. Her excellent self-taught makeup ability is thought to draw her in a massive £3,200–£5,334 per post.

Thanks to the power of social media, finding inspiration for our next makeup and fashion look has never been easier. Whether it be for makeup, clothing, or even advice on how to apply instant tan, these top 10 influencers can provide you with some helpful tips and tricks. 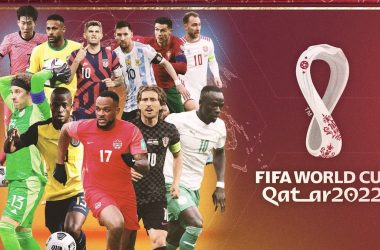 The world’s finest soccer groups meet in Qatar for the 2022 FIFA World Cup, which is able to… 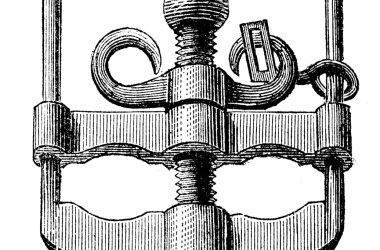 Enterprise Traders Push Startups – Will Their Traders Tighten The Screws, Too? • TechCrunch

Over the previous decade or so, many enterprise capitalists have constructed monumental private fortunes. A number of the… 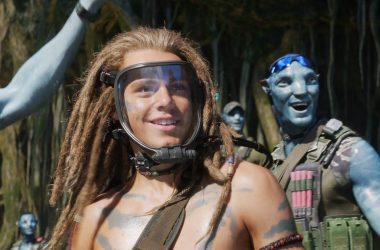