You may have already made changes in your home, such as getting an electric car and having an EV charger installation. But there are other things you can do to make your home eco-friendly, such as getting solar panels and having a more economical form of electricity. Every little helps on the way to a greener UK.

Of course, it’s not just in the UK where these electricity sources are being adopted. Renewable energy sources are going to account for more than half of global electricity production by 2035. But what will be powering this eco-friendly future?

In this article, we will show you five of the fastest-growing renewable energy sources across the world and how they are being used.

Hydropower is the most widely used form of renewable energy in the world, producing 1,295 gigawatts of energy. This amounts to 54 per cent of the global renewable power generation capacity. The most common hydropower comes from water in dams. The water gets released from the reservoir to drive the turbines which generate the power. However, it can also be used by the natural running of a river or tide to drive the turbines.

In the UK our biggest hydropower station is the Dinorwig in Wales. It produces 1,728 megawatts, which is enough to power 2.5 million homes. Plus, because hydropower can be generated quickly, it is used as a pumped-storage plant that can provide backup energy at short notice.

In the UK, hydroelectric power is also used as our main backup power source. When there are big TV events on in the UK such as the World Cup or a Royal Wedding, during breaks in the events millions of people will use electricity at once to make a drink. This is when hydropower can be used to deal with the spike in demand as pumped up power stations can be used in these moments.

China has the biggest hydroelectric generation in the world. The Three Gorges generate 22.5 GW. China has made large investments in hydropower so that they are not as reliant on coal. It gets around 15 per cent of its energy from hydropower. In Southwest China many of its rivers are high above sea level, and China knows that hydropower is the only renewable energy they can use on a big scale, therefore they make big investments in the sector.

Wind turbines are normally used to get kinetic energy from the wind to generate energy. Wind energy is the second most used renewable energy source in the world, producing 563 GW and produces 24 per cent of the world’s total renewable energy generation capacity.

The UK is a big producer of renewable wind energy which makes us the sixth biggest producer in the world, producing 13,603 megawatts. Offshore wind farms are constructed in bodies of water, and in the UK, wind farms power the equivalent of 4.5 million homes. Onshore wind farms deliver less energy for the UK, only providing around 10 per cent of UK energy by 2020, despite being the most cost-effective alternative for new electricity in the UK compared to traditional fossil fuels.

Solar power works by converting light from the sun into energy. These days you will see many people have solar panels on their homes. In fact, the UK is installing solar panels faster than any other European country.

Even though it can be dark and rainy a lot in the UK, solar panels still work even when the light is reflected or partially blocked by the clouds. In fact, the Energy Saving Trust estimates that an average four kilowatts peak solar power system can help save you between £85 and £220 a year on your energy bills.

Solar power has an annual average growth rate of 25 per cent over the last five years across the world. Spain is a major producer of solar power, contributing 75 per cent of the global concentrated solar power.

The biggest solar power plant in the world is located in the United Arab Emirates. The Noor Abu Dhabi solar project produces 1.17 GW. It produces enough electricity to power the demand of 90,000 people. It will reduce their carbon footprint by 1 million metric tonnes a year, which is the same as taking 200,000 cars off the road, proving the UAE is making good progress in the fight against climate change even though the country is still oil-dependent.

Modern biomass includes biofuels and wood pellets as well as traditional ones that were already used, such as agricultural by-products. These products are then burned to create steam, which powers a turbine that generated energy.

China, the UK, and India accounted for more than half of the world’s total bioenergy capacity expansion in 2018.

Bioenergy provides 11 per cent of the UK’s energy and bioenergy. Biomass boilers have provided 96 per cent of non-domestic renewable heat in the UK. It is also the biggest contributor to the decarbonisation of heat, which helps the UK’s pledge to be net carbon neutral by 2050.

In the UK, geothermal energy is not the best viable option as the ground is not hot enough. But we have increasingly been using shallow resources from the upper crust of the earth that is heated by the sun. With the help of ground source heat pumps, the energy is extracted.

Overall, it is great that the world is using more renewable energy sources. The UK is making great progress towards achieving net zero and becoming carbon neutral by 2050 as can be seen by the Government announcing they will phase out the sales of new petrol and diesel vehicles by 2030. From the examples in this article, you can see that many countries across the world are making the effort to change their energy sources to be renewable and help combat climate change and move away from traditional fossil fuels.

The Grocery Boom: Why Amazon’s Rise is Good for Manufacturing 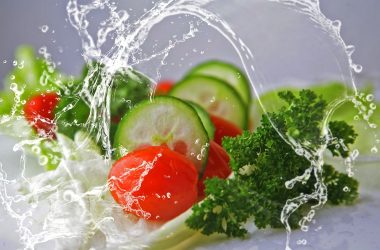 Sustainable Dining: How the Food and Drinks Market Is Becoming Eco-Friendly

As things stand, our planet is not in a good shape. With the effects of climate change becoming… 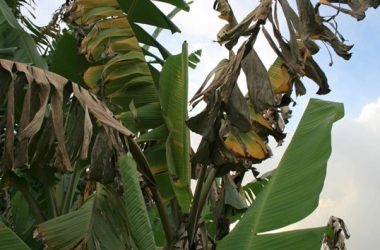 How to Treat Fusarium Wilt of Banana Tree

Fusarium shrivels of banana, famously known as Panama illness, is a deadly parasitic sickness brought about by the… 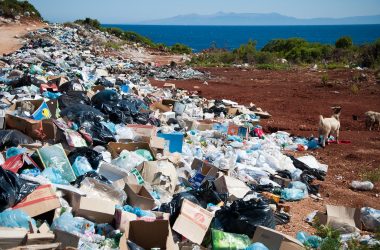 Why do We Need to Reduce Plastic Usage Now More Than Ever?

According to statistics from Statista, global plastic production totalled 359 million metric tonnes in 2018. The UK produced…