First stumble Negotiations and procedures to launch the new budgetary framework of the European Union still do not advance at the desired rate and it is already considered impossible that the 750,000 million euros of the European recovery fund against the crisis will be available from next January 1.

The Council and Parliament have been locked in a battle of numbers, with some 39 billion euros at stake. And the lack of agreement keeps the process of ratification of the new accounts paralyzed in the national parliaments. The accumulated delay will wreck the expectations of the Spanish Prime Minister, Pedro Sánchez, and the Italian Prime Minister, Giuseppe Conte, who have repeatedly demanded that the extraordinary resources to mitigate the impact of the pandemic arrive at the beginning of the year .

Spain and Italy are the two countries that benefit most from the fund and expect to receive 60,000 and 65,000 million euros in subsidies, respectively. But the community manna will take time to arrive and sources from the European Commission indicate that the first disbursements will not occur until the second half of 2021, almost a year and a half after the start of the covid-19 pandemic.

“It will not be possible to have the recovery fund ready by January 1,” assures a high-ranking diplomat in Brussels. “It is already impossible.” In his opinion, it is easy to calculate the times: we are already almost at the end of October and even if there were a sudden agreement with Parliament, the Council would still have to endorse it and ratification would finally be needed in the national Parliaments, a process that could take two or three months.

The two institutions maintain an accelerated schedule of meetings to try to settle the discrepancies. “The negotiation has not come to a standstill, but continues,” says a parliamentary source. And he adds that “there are at least three meetings scheduled for the next few days.” In this week’s meeting, both parties maintained their positions.

The Council still flatly refuses to add a single euro to the agreement reached at the European summit in July, which set the multiannual financial framework for 2021-2027 at 1.075 billion euros and the recovery fund dubbed Next Generation EU at 750 billion. And the European Parliament demands to add another 39,000 million to the financial framework and provide it with a mechanism that allows suspending European subsidies to countries where the rules of the rule of law are not respected.

The lack of agreement also keeps in the air the process of national ratification of the so-called Own Resources Decision, the essential legal text for financing the financial framework. Some countries, such as Hungary and Poland, even reserve that letter and threaten not to ratify the decision if the monitoring mechanism of the rule of law is dangerously hardened for their interests. The veto of a single country to this legal text could ruin the entire architecture of the historic budget agreement reached at the July summit after five days and four consecutive nights of negotiation.

The presidency of the Council of the EU, occupied this semester by Germany, has offered Parliament “a technical solution”. One of the possibilities would be to add items of community revenue that until now went to the national coffers, as is the case of the fines of the European Commission for violating the competition rules, or the remnants that remain in the annual budgetary exercises. The German presidency estimates that these two sources could report some 31,000 million euros and be used for the 15 programs that the European Parliament considers key, such as university exchanges (Erasmus) and research (Horizon).

But these are uncertain sources of income (they will depend on the number and amount of the fines and the degree of implementation of the budgets), so Parliament demands, at least, 9,000 million euros “of additional fresh money.” The Council rules out any additional figures because it would force the 27 EU governments to return to the negotiating table and the laborious July agreement could unravel in the face of renewed demands from the countries most affected by the pandemic or the reluctance of the so-called frugal countries. , including the Netherlands.

Parliamentary sources deny any responsibility for the possible delay in the recovery fund and attribute it to the slowness of the capitals in ratifying the Own Resources Decision. The same sources recall that the European Parliament “gave the green light to that decision on September 15”, after an accelerated process to facilitate its ratification.

But Parliament’s negotiations with the Council have skirted the precipice from the beginning. At the first meeting, the parliamentary delegation rose from the table after twenty minutes. This week’s has left a less bitter aftertaste: it lasted three hours. To which should be added a new problem: with the covid raging again, it is plausible that soon the negotiations will no longer be possible in person. And a confined and telematic agreement seems even more complex.

The two parties have managed to bring positions closer on the other open fronts. Diplomatic sources see “a horizon of agreement” in the governance of the budget and in the setting of a timetable to provide the EU with new sources of income, such as a border tax on imports from countries with excess CO2 emissions. The pact is also on the horizon with regard to the mechanism to link the distribution of European funds to respect for the rule of law, one of the theoretically insurmountable walls. “That chapter could be close to being resolved in the next two weeks,” says a source familiar with the negotiation.

Finally, the final figure for the budget agreement remains to be decided. And although neither the Council nor the Parliament are throwing in the towel in this dispute, both institutions see it as practically impossible for the financial framework and the fund to be in force on January 1 as planned.

The European Commission already warned before the pandemic that a delay in the approval of the new accounts would cause great damage in the management of community resources. Brussels calculated that in the framework in force on January 1, more than 100,000 projects financed with the structural funds could not start on time; some 5,000 research jobs would be at risk; and more than a million students would not receive scholarships from the Erasmus program.

Added to this impact is the delay in the start-up of the recovery fund and the uncertainty about the arrival of the first resources. The 27 EU partners are already facing, in addition, a second wave of infections much faster and more virulent than expected, which will aggravate, according to community sources, the economic debacle and increase the financing needs of the most affected countries. The President of the European Council, Charles Michel, has called an extraordinary summit for next week, by videoconference, with a view to trying to coordinate containment measures and avoid the border lockdown last spring. 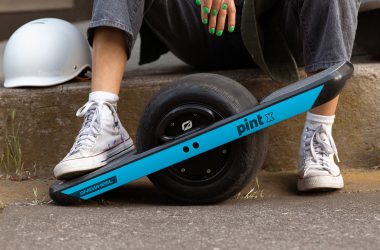 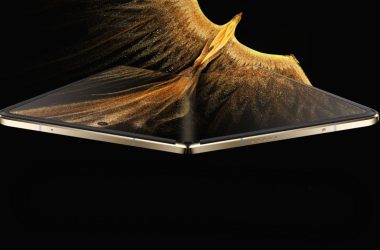 TL; DR Honor launched the Honor Magic Vs folding phone in China on November 23rd. The device will… 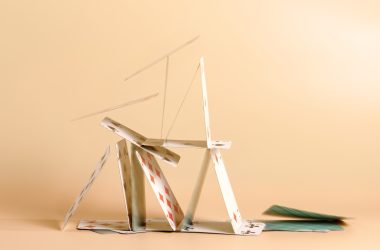 Nicely, I am going to take again what I stated about tech layoffs • TechCrunch

Welcome to Startups Weekly, an in-depth take a look at this week’s startup information and tendencies by the…