The future is approaching us at an accelerating pace, with technology and innovations shaping the way we think, act, and interact with the world around us. We’re becoming accustomed to fast processors and rapidly growing cities. But their integration has been limited by innovation in the civil engineering sector.

Of course, budgeting and time constraints have limited new approaches to create environments that are symbiotic with smart technology. But with significant investment being poured into public construction, civil engineering now has the opportunity to create a bright future for everyone. Here, we look at how civil engineers will build the future.

The United Nations believes that 68 per cent of the world population will live in a city by 2050. This demonstrates the need for cities that can sustain a high population safely. For this reason, experts expect anticipate that future cities will be integrated with technology to match their growing needs. So how will our cities become smart?

Artificial intelligence will be responsible for most transport usage in smart cities. Driverless cars will be connected to each other, traffic lights, and parking locations to measure how to deal with congestion on our roads and increase efficiency in cities while increasing safety for pedestrians.

Waste in cities can also be approached with technology, indicating when a collection is needed as opposed to a regular schedule. In the long run, this may have more economic benefits, especially for taxpayers.

Cities, councils, and nations may embrace this technological transformation by allowing important information to be placed in the hands of the public. Licenses and IDs may be accessed on mobile phones. People could have the ability to control their town — reserving a bench in the park or requesting a public transport pickup.

Of course, civil engineering must facilitate these changes. When roads are constructed, do they consider the use of driverless vehicles? When a building is created, can smart waste facilities be included in the building’s infrastructure? Reclaimed land for park use can also present civil engineers the unique opportunity to create more than a natural reserve in city centres, with smart use being a focus of their construction.

The changing attitudes of the public do not only shape how civil engineers are constructing buildings, but which materials are used in the process. Certainly, the past five years has created a deep perception of the need for sustainable practices in every aspect of our lives. Never has this been more important for the construction industry, where reports indicate that they contribute 32 per cent of landfill waste in the UK.

For this reason, sustainability is at the forefront of the future of civil engineering. This practice is increasingly used around the world, where buildings are deconstructed as opposed to demolished to save reusable materials, while other items are recycled and integrated into the construction process. For example, recycled plastic made from discarded bottles and bags that may end up in a landfill can be used as insulation or protection for structural steelwork. This technique is already being employed on bridges, where structural integrity is essential. Recognising the strength of steel and the protective properties of recycled plastic demonstrates how sustainable strategies should be used will be essential going forward in construction.

Advancements in civil engineering are not only helping to create infrastructure within and between the cities of the future but are showing signs of connecting the wider world. While infrastructure such as the Eurotunnel was considered groundbreaking for its grand engineering feat, one that seemed inconceivable before it was attempted, the future of international connection belongs to bridges.

Already, engineers across the globe have connected countries through bridges. The Rainbow International Bridge connects the Unites States and Canada over the Niagara River, and the New Europe Bridge connects Bulgaria and Romania over Danube River. However, new engineering capabilities are now connecting countries separated by seas.

In 2018, Chinese President Xi Jingping opened a bridge that connected Hong Kong to Macau, securing the bond between the mainland nation and the Special Administrative Region. At 34 miles, it’s the largest sea-crossing bridge ever constructed. This bridge creates a metaphorical connection between these regions as well as a physical one, emphasising their ties.

In the future, some engineers are looking ahead to see how similar bridges can help connect the British Isles. While the Prince of Wales Bridge exists to create more links between England and Wales over the River Severn, we should expect bridges to connect Northern Ireland to the UK mainland at some point. The idea has a mythical origin in the Giant’s Causeway, but realistic proposals have been made to connect the island of Ireland to the UK since 1799.

Only in February 2020 has UK Government officials began looking into the potential type of crossing that could be constructed over the Irish Sea. It’s been estimated to cost between £15 billion to £20 billion. While a significant investment, the UK hopes that such a bridge could benefit trade relations with the Republic of Ireland. It would also allow a more physical union between Northern Ireland and the rest of the UK to be created.

With more aspects of our lives moving online,  it’s easy to forget the importance of the physical world. Whether you’re experiencing the engineering prowess of a sea bridge, enjoying smart technology in a public park, or navigating yourself across an autonomous city, the process of creating experiences for the future begins with civil engineers and creating a vision of what can be created going forward.

How to Heat a Student Home During Winter Term Time

What Does Freedom24 Do as a Stock Broker? 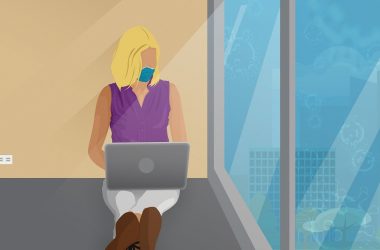 Back in April 2020, 46.6% of the UK’s workforce began working from home, not knowing that eight months… 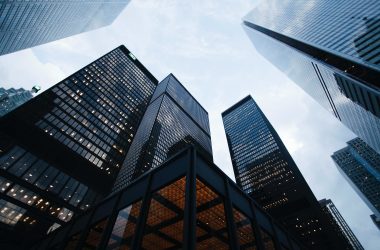 Is Digital Transformation the Key to Business Survival in the New World?

After a turbulent year, enterprises are returning to the prospect of a new world following an unprecedented pandemic.… 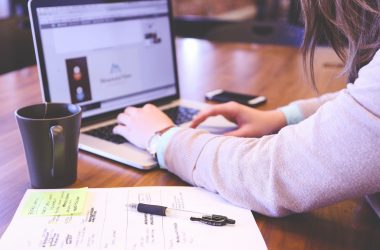 What are the Requirements to Start a Business?

Are you dreaming of starting a business but do not know the requirements? Then this article can assist…