The Influential Women Who Have Transformed Science

The world around us has always been a fascinating thing. The discoveries are countless and are achieved by brilliant minds across the world. We would not be where we are today without them.

Over the centuries, an array of bright and influential women have contributed to enhancing our knowledge of illnesses, chemistry, flora and fauna, and the universe. Between 200–400 AD, Greek physician Metrodora wrote On the Diseases and Cures of Women, a medical text detailing revolutionary therapies and surgical techniques. Hypatia of Alexandria, who lived in the late 4th century, led the life of a respected academic, thriving both in mathematics and philosophy. In the hundreds of years to come, many illuminating women have followed suit, dedicating their professional careers to the wonderful world of science.

If you are browsing through life-science jobs and are in need of some inspiration, take some time to read about the extraordinary work of renowned female scientists. Here, we showcase five exceptional women in science to reveal their resounding achievements, highlighting how they transformed the sector for the better.

Born and raised in Germany, Caroline Herschel grew up in a large family with a true soft spot for music. Indeed, at the age of 22, she joined her older brother William in the city of Bath to train as a singer and work as an organist. However, the siblings soon took a strong interest in astronomy and began to build their own telescopes. Caroline, specifically, focused on producing and polishing accurate lenses to scrutinise the night sky.

Caroline’s technical efforts helped William discover the planet Uranus in 1781 and, between them, the Herschels recorded over 2,500 star clusters and nebulae. What’s more, in 1786, Caroline identified a mysterious, luminescent object flying across the night sky. It was an outstanding discovery, as she’d just become the first woman in history to register the existence of comets.

Over the next decade, she would unearth another ten, and submitted about 550 celestial bodies to extend England’s existing star catalogue.

Marie Curie, née Maria Skłodowska, is one of the most famous scientists of all time. In the early 1900s, Marie was appointed head of the physics lab at the University of Sorbonne in France, lecturing and sharing precious knowledge when only very few women taught science at an academic level.

Before that, Marie worked alongside her husband Pierre to investigate the enticing sphere of radioactivity. In 1898, the couple discovered two new chemical elements – polonium and radium. Their ground-breaking research led to the invention of a mobile X-ray unit, employed frequently during World War I to treat wounded soldiers on the battlefield.

Marie’s findings and inventions brought her to become the first woman to win a Nobel Prize in Physics (1903). As if one award was not enough, she also received a second Nobel Prize in Chemistry, which truly crowned her as one of the most influential women in the history of science.

Rita Levi-Montalcini is a prime example of how passion and ambition can pave the way to a career rich in outstanding achievements. Born in Turin in 1909, Rita was raised by an old-fashioned authoritarian father who disapproved of women’s post-school education. Despite this, she convinced him to let her study medicine and crammed years’ worth of maths, Latin, and Greek in a few months to fill the gap with her educated peers.

Rita’s Jewish origins meant that, following Mussolini’s 1938 race laws, she was kicked out of university, where she had started advanced studies in psychology and neurology. Dr Levi-Montalcini, however, was far from discouraged, and set up a makeshift lab in her bedroom, experimenting on chicken embryos.

Rita’s life-long research has been recognised to have driven our modern understanding of severe conditions such as cancer and senile dementia. In fact, she discovered what is known as ‘nerve growth factor’, which manages and regulates the growth of cells. Her crucial discovery earned her a Nobel Prize in Medicine.

In recent years, there is no denying that people’s attitude towards conservation and wildlife has evolved for the better. In this respect, English primatologist Jane Goodall is one of the scientists to have spurred this transformation through her devoted research and dedication.

Jane could not afford university, and after working as a waitress to put aside some money, she set sail to Kenya at the age of 23. In Africa, she gradually extended her wildlife knowledge and began an in-depth study of wild chimpanzees in the Gombe Reserve, western Tanzania. With patience and resilience, Jane gained the trust of the resident chimpanzees and had the chance to monitor their behaviour up close.

Her discoveries highlighted primates’ impressive similarities with humans and allowed her to draw attention at conferences about the extent of habitat destruction across the African region. Today, Jane – who was made a Dame of the British Empire in 2004 – travels the world, educating audiences on environmental issues and threats facing chimpanzees.

Sadly, Rosalind Franklin’s splendid career in science was cut short, but in that time, she contributed hugely to the sector’s development. In the early 1940s, in war-stricken Europe, Rosalind worked as a research chemist to investigate and scrutinise the properties of carbon. This kind of research was essential to the war effort, as armies relied on carbon and coal for vital equipment such as gas masks.

Rosalind’s specialism later led her to work with researchers at King’s College in London, where she deduced the double-helix structure of DNA. Not only that, but she also realised that – if exposed to high levels of moisture – its structure can modify. In the meantime, she studied the ins and outs of the tobacco mosaic virus, and her findings are still precious to today’s understanding of viruses.

Rosalind’s reputation is still very much vivid in the science sector, and her name has been used to baptise many institutes and awards over the years. In September 2022, a robotic rover called Rosalind Franklin is set to search for signs of life on Mars. It is fair to say that Rosalind continues to inspire generations of scientists and engineers.

Ultimately, the list of influential women who have left a profound mark and transformed science is endless. Are you hoping to pursue a career in this exciting field? Let these bright minds inspire you and give you the confidence to positively set off on this stimulating path.

How To Make A Good LinkedIn Profile

Modern Workplaces That Have Been Reshaped By Technology 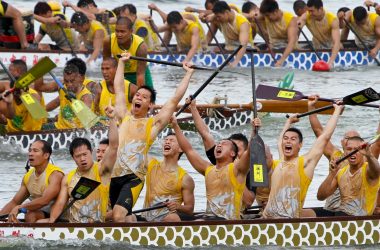 A December 2020 survey by Finder.com found that more than half of all adults in America make New… 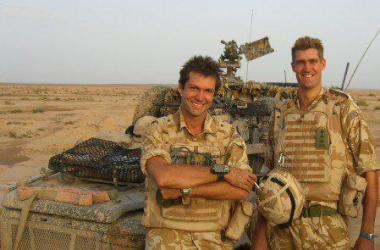 Cameron Vale School, situated in Chelsea, has committed to supporting serving and former members of the Armed Forces… 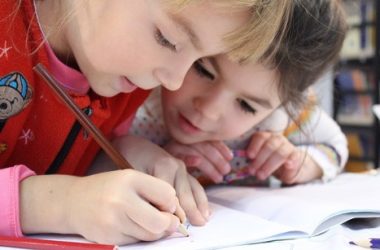 Tips for Choosing the Best School for Your Child

Every parent wants to get their child admitted to one of the best schools in the town. The…