There are often periods in life when you have to take a step back and simply appreciate the sheer beauty and magnificence of what is in front of you. Here in the UK we are blessed with a number of these incomparable beauty spots. From the colossal heights of the 282 Munros in the Highlands to the rugged rocks that litter the Giants Causeway. There are some occasions, however, when the admiration we project deserves to be directed in the way of a manufactured item. Admittedly, every model of car boasts something unique, whether it be environmental efficiency, technologic innovation, or sheer unrestricted power. But there are that unique few which offer something even more.

There are very few cars across the globe which have successfully negotiated a huge lifespan, yet classic car collectors manage to maintain significantly aging vehicles. One such figure who has entered the arena of purchasing said antiques is Ralph Lauren. The Bronx-born designer is one of the most influential figures in the automotive industry. He has invested significantly throughout the years in classic models, ensuring they stay in the pristine condition which they deserve. The now 79-year-old has bought a number of stunning feats of mechanical engineering — a 1938 Bugatti 57SC Atlantic Coupé, one of only four ever made, and a Ferrari 250 GTO, once the world’s most expensive car to ever be sold.

Taking that record, (after Ralph Lauren bought his), was another Ferrari 250 GTO. This time, the car which won the 1964 Tour de France Automobile, and came fourth in the ’63 Le Mans 24 Hour, warranted a price tag of £52 million. The car had never been crashed, and many valuers believe this can explain the astronomical expense.

Despite what motoring journalists may lead you to believe, cars that were built in 2007, regardless of their F1 like launch control, are not an instant classic. Similarly, what are considered classics by industry experts, have assumed a host of serious myths over the years. In this article we examine the biggest myths regarding classics and shed some light on the reality.

What constitutes a classic car? In the UK, the definition of a classic is a car which was registered more than 25 years ago. When considering this, it isn’t actually that old — 1994! However, have you ever heard that a classic car exempts you from road tax? In the past, 25 years was deemed an appropriate marker to define ‘classic’ and benefit from road tax exemption. Now, the vehicle must be 40 before a tax exemption comes into play. Although you won’t be able to take advantage of escaping road tax with all classic cars, most companies will offer classic insurance. This can save you from a hefty tariff.

It is a common misconception amid the car buying market that the cliché, ‘less means more’, is particularly worthy. Many potential buyers will often veer away from cars with high mileage as, “it is on its last legs”. We aren’t suggesting that you search the depths of the earth to find a Morris Minor with 350,000 miles to its name. However, often a car with no miles on the clock at all translates into an unknown entity. For example, a used Aston Martin Dbs which has accumulated 30,000 miles has proven its worth, and any potential issues will already have been resolved. On the other hand, a car which has spent the majority of its usable life stored away under a tarpaulin at the back of the garage could quite easily blow a cylinder head on the first ten miles of its trip.

It should come as no surprise that older cars are more damaging to the environment. Turbo engines that were squeezed with pressure to emit as much power as possible failed to take into consideration the potential damage to the environment. Before catalytic converters came to vehicles, classic car emissions were 10 times that of their modem day marques. However, using an older car isn’t all doom and gloom. In some respects, it is more environmentally friendly than purchasing a new car, as another car isn’t heading to the scrap yard.

One of a kind

In most other markets in which collectors get involved, ‘unique’ translates into ‘popular’. Whether it be a one-off batch of celebratory coronation stamps, or an uncut edition of a vinyl record, these items will often hold the most value. For cars, however, although this might in some cases be relevant, a one-off doesn’t often hype demand. The DeLorean, made famous by ‘80s cult movie Back to the Future, only had 9,000 models produced worldwide. But the car failed to replicate the success of the film which saw it climb to international prominence. Most classics have cemented their position thanks to the fact they were once a popular automobile of choice.

If you are going to buy a classic car, you are going to want to drive it. The whole point of parting with the sum of money in the first place was to show it off in front of the neighbours. Many car enthusiasts will suggest that you can’t venture outdoors with your precious piece of history in the winter months as the elements will damage it. Take measures such as replacing worn seals, safe guarding the sump of the car, checking the battery, and regularly washing the body.

Classic cars have achieved their status for a reason. But if you are going to lay your hands on one, this quick guide to quashing methods should go a long way in helping your decision!

How Does the Weather and Climate Affect Mental Health? 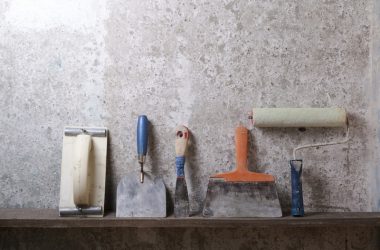 If you want to enjoy living in your home for a long, then it is essential to carry… 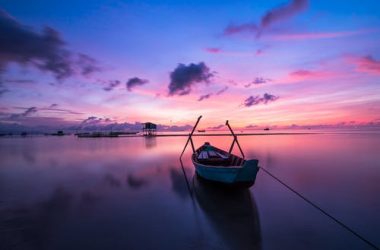 Vacation or Staycation in Summer 2021

Before COVID-19 took the world by surprise and changed our everyday lives, booking holidays with friends and family… 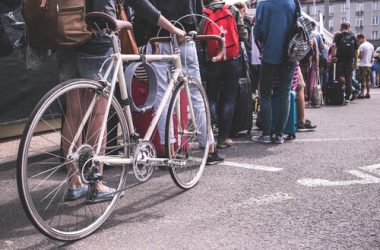 It seems that over the last year, we’ve become accustomed to waiting in long queues for basic necessities…