Climate change is taking its toll in eco systems all over the world. From extreme weather occurrences causing a threat to human life, to increasing temperatures causing sea levels to rise, its vital that action is taken in order to reduce these damaging effects.

In an attempt to reverse the harmful effects of climate change and restore harmony back into the planet, strategies have been put in place. Back in June 2019, the UK government became the first country to sign their ‘Net Zero’ target into law – marking it as the first major economy to legislate for net zero emissions.[1] Since then, other governments have followed suit, introducing their own laws and policy changes to help reduce the amount of carbon we emit.

Industries all over the world have been greatly impacted by these changes, causing many to find new and inspirational ways to reduce their carbon footprint. Here, we look at those businesses that are going above and beyond to ensure their emissions are kept as low possible or are offsetting the carbon they unavoidably emit as part of their daily operations.

When it comes to taking sustainable measures seriously, one of the most iconic restaurants in the world, McDonalds, are firmly under the microscope. Luckily, the company is making considerable efforts to reduce its impact on the environment wherever possible. With around 36,000 restaurants located in over 100 countries worldwide[2], McDonald’s has now began switching to energy efficient appliances to help cut energy waste by around 25%.[3] It also aims to source all its packaging from recycled materials by 2025.[4]

BMW has gained recognition for their innovation and creativity when it comes to reducing their carbon emissions. So much so, they are renowned for being one of the world’s most sustainable car manufacturers. The company’s long list of green credentials speaks for itself – for example, from 2009 to 2019 BMW has been able to reduce its delivery fleet emissions by over 40%.[5] The company has also invested heavily in electric technology, turning to more renewable fuels to reduce carbon emissions even further. As it stands, BMW is currently on track to ensure that a quarter of all the vehicles it sells will be electrified by 2021, with a third in 2025 and half of all vehicles by the year 2030.[6]

Its fair to say that airlines are a huge contributor to global carbon emissions. In fact, it’s estimated that the flights we catch account for some 12% of all transport emissions annually.[7] Yet there are airlines that are making significant efforts to try and reduce this figure – one of which is EasyJet. In a recent report, EasyJet ranked top of the list of airlines trying to cut carbon emissions and tackle climate change and has since become the first airline to operate net zero flights across its whole network.[8]

carbon offsetting has allowed for airlines to offset the emissions they produce during flights. It’s estimated that the company will spend around £25million each year carbon offsetting, lowering their impact on the environment and positioning themselves as market leaders in reducing CO2.

Since the manufacturing industry tends to rely upon energy intensive processes that cause high levels of carbon emissions to be released, this if often damaging for the planet. However, this didn’t stop electronics manufacturer, Siemens, from becoming the first global company to commit to carbon neutrality by 2030 through using renewable energy at its factories.[9] It’s also set out sustainability goals within its ‘Serve the Environment’ programme which details how it intends to create zero waste. As it stands, zero per cent of its waste has been sent to landfill from its factory in Newcastle and the business currently boasts a 92% recycle rate overall. [10]

Flogas has quickly became known on the market for being one of the UK’s leading off-grid energy suppliers who offer fuel alternatives such as biomethane and place a huge focus on reducing their contribution on climate change. In its ‘2040 Vision’ manifesto, the company has laid out plans on how it intends to the support the government’s carbon emissions targets by supplying its customers with 100% renewable energy solutions by 2040. As well as aiding its customers, the company has also undertaken several landmark steps in its own carbon reduction strategy such as promising to offset all Level 1 and Level 2 CO2 emissions for 2019 and became one of the first 0ff-grid gas suppliers to add BioLNG powered delivery vehicles to its fleet. Since then, Flogas has also launched its Carbon Offsetting Initiative for both its commercial and consumer customers.

It comes as no surprise that Google, one of the world’s leading IT giants, are being a role model in terms of sustainability. As well as reducing its carbon footprint through company-wide efficiency improvements, Google also uses on-site solar power as a renewable fuel supply. [11]The company then uses carbon offsetting to bring its remaining footprint to zero and goes to great lengths to ensure that the projects it supports help provide long-term global benefits.[12] 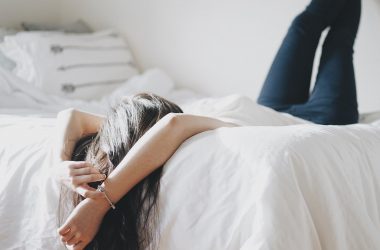 Why Self-Care is Equally as Important Post-Lockdown

Although we might have had a strange year, self-care certainly flourished. COVID-19 evolved beauty and wellness as we… 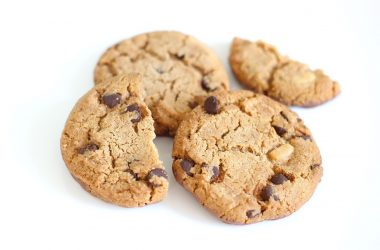 As Father’s Day approaches, now is a better time than ever to put on those old kitchen aprons… 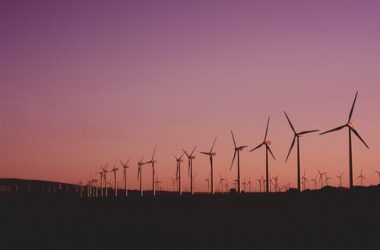 The environment and climate change have been identified as the challenge of our generation. Ensuring that individuals and…