Are Electric Vehicles the Future?

The future of our planet is looking greener. Vehicle manufacturers are on a mission to eliminate black fumes and re-introduce sustainable means of transportation.

Yes, electric vehicles (EVs) have been around for over 150 years – significantly longer than their petrol and diesel-fuelled counterparts. However, it’s only recently that we’ve started utilising their potential. One might wonder what the hold-up has been.

While we don’t have the answers to the past, we have our eyes set on the future. As electric vehicles are becoming the new driving force behind the world’s commute system, we explore their ability to improve our quality of life and help the planet.

Diving headlong into the electric revolution isn’t a viable solution, and it will take some time until we fully transition to EVs. Nevertheless, the future of electric vehicles begins today, according to ABI Research’s 2021 Trend Report. ABI identified that electric cars will penetrate the market from 2021 as more affordable models will appear in dealerships.

While electric vehicles are on the rise, one widespread trend prediction won’t come to fruition, according to ABI Research. Many manufacturers have reported a spike in car sales volumes after the lockdown, but will this continue?

This gap in traditional car manufacturing could, however, give way to newly released electric vehicles. With fewer exhaust fumes and more electric-fuelled cars, we’re heading towards the highway of sustainability.

Many European countries have already had a head start on the transition. The UK, for example, has introduced a Road to Zero Strategy, which outlines plans to expand the green infrastructure across the country. This will reduce emissions from the already running vehicles and navigate the uptake of net-zero cars, vans, and trucks.

A part of the Road to Zero Strategy is the announcement of a two-step phase-out of petrol and diesel cars by 2030, as well as the active installation of electric car charge points in all future homes.

The potential for electric transportation to reduce emissions spins beyond four wheels and into a new generation of electric bikes. Our two-wheeled, electric-fuelled companions are expected to undergo a significant spike in sales, with 300 million e-bikes predicted to be out on the road by 2023, as detailed by the accounting firm Deloitte.

The increase in e-bikes use is credited to the cost reduction of lithium-ion batteries by 87% between 2010 and 2019. While the previous e-bikes’ lead-acid batteries were significantly cheaper, averaging at around £1,083 compared to the current cost of new e-bikes of £32,500 they’re heavier and less efficient.

This means that the new and improved electric bikes will be lighter and easier to carry while preserving the traditional bike look. Plus, with the cost reduction of lithium-ion batteries, e-bikes will become more affordable.

They’re especially sought after in urban settings. Here, people are looking for an efficient way to get around, avoiding traffic jams and getting to work in style. Moreover, e-bikes use very little electric power compared to a four-wheeled EV, which is also powered by a lithium-ion battery.

Speaking of sustainable recreational use of vehicles, we’ve all been tempted by the electric scooters scattered around our cities. They’re not only a fun way to get around; electric scooters are a great means of green urban transportation.

Just like with electric cars and e-bikes, electric scooters are also forecasted to have a surge in sales. According to Future Market Insights, electric scooter sales will total $8.8 Bn in 2021 and will experience a growth rate of 9% during 2021–2031.

The uptake of the electric scooters sales is also matched by continuous improvements. One of the biggest concerns amongst users is their slow charging time, and that’s what manufacturers are focusing on to improve first.

To combat this issue, Power Plan Plus is working on the development of a carbon battery that gets charged 20 times faster than other batteries. Battery-swapping stations and the emergence of a supercharger network also add to the improvement of charging infrastructures. For instance, Tesla Motors is already building a network of up to 120kW superchargers in Asia, Europe, and North America.

Manufacturers are also taking a look at electric scooter batteries. Research is being conducted on developing a water-based redux flow battery that is more eco-friendly and cheaper than the current lithium-ion batteries. Research is also being done on the concept of solar-powered electric vehicles. Implementing solar panels into scooters is expected to increase the range of the vehicle by approximately 15–20 per cent.

What is a lockout procedure?

How To Practice Box Breathing Technique For Stress Relief 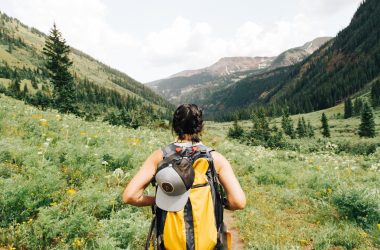 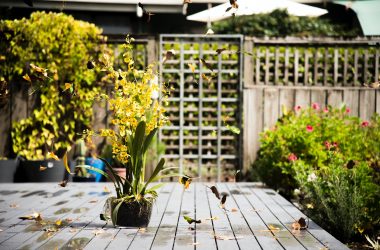 Are Garden Offices the Future for the UK Workforce?

When it comes to our work life, the COVID-19 pandemic impacted all our lives in one way or…

With protecting the planet and being aware of our carbon footprint becoming ever more important to individuals, so…