Already a strong advocate of the Japanese-German injection moulding machinery supplier, having installed a number of Sumitomo all-electric machines over a decade ago, the IntElect machine’s large platen area offers Europlaz greater production flexibility with the ability to accommodate various mould tool configurations, typically single, two, four and eight cavitations. Many of which were previously used in the larger tonnage hydraulic legacy machine.

Downsizing from 150T to the IntElect 130T has inevitably saved on floor space for the ISO 13485-accredited and FDA-registered medical moulder. Technical Director at Europlaz Steve Sansom estimates around three square meters. Allowing them to integrate supporting ancillary equipment to compliment the machine layout.

Citing energy efficiency as a compelling advantage of all-electric injection moulding in a cleanroom production environment, Steve is quick to rate other unique precision moulding features included within their latest all-electric machine. Specifically, activeFlowBalance which helps to stablise and evenly distribute the pressure of the expanding melt within multi-cavity mould tools with no additional pressure, as well as the activeLock feature that digitally controls the closing position on the non-return valve.

Both of these technology features help to optimise the melt cushion that’s so critical in tight tolerance medical device applications, notes Steve.

“The tolerance requirements for the medical sector over the last decade has got increasingly stricter. The processing stability, dimensional accuracy and repeatability we’ve achieved on the IntElect 130T since the start of 2022 is exceptional,” exclaims Steve. Emphasising that this is equally essential for device assembly and finishing, another core Europlaz service.

Performed within an adjacent airlocked cleanroom for infection control, Steve references the assembly of an inhaler as an example. “Comprising up to 20 individual components, if just one element is out of tolerance, the device might not meet the performance expectations. Potentially putting the end user at risk,” cautions Steve

Manufacturing, assembling, packaging and distributing millions of sterile products annually, Europlaz opened its first cleanroom in 1987. Since its inception 50 years ago, the company has continued to observe a steady growth rate through its longstanding collaborations with major blue chip pharmaceutical companies. The last two years, however, have been exceptional, with Europlaz reporting a 40% growth rate as a direct result of new product streams coming online.

From asthma inhalers to neonatal respiratory flow sensors, operating kits to prosthetics and oral care devices, the breadth of technical projects and prototyping undertaken at Europlaz continues to accelerate at pace.

“Medical R&D projects can take several years to reach production. This, coupled with the unprecedented challenges of supporting healthcare providers throughout pandemic, and the volume of reshoring projects we now undertake, means the push to optimise production capacity within our 60,000 sq. ft facility, comprising 15,000 sq. ft of cleanroom space, continues unabated,” explains Steve.

Investing in a mid-sized IntElect machine with its large platen area that can accommodate this expansive tool estate, including moulds previously run on the 150T hydraulic machine, boosts production capacity. Additionally, having the option to rapidly switch between the four screw sizes (30, 35, 40 and 45mm)  offered by Sumitomo (SHI) Demag, Europlaz has even greater moulding flexibility, ensuring that the optimum screw size is used to each application’s shot weight.

Having already doubled its cleanroom space a decade ago, Europlaz is once again exploring real estate in the nearby vicinity to further increase its production and assembly capacity. Simultaneously, the company leadership team is already holding conversations to conclude its hydraulic replacement programme over the next few years and expand its all-electric machine fleet.

Sustainability and reducing the company’s carbon footprint is the key driver. Steve explains: “The most obvious way to address sustainability is within the production lines, distribution channels, and the products themselves whilst still adhering to the stringent regulations which are in place for medical devices. We made a conscious decision over a decade ago to opt for cleaner and more energy efficient all-electric machines.

“Although several companies afforded comparable energy savings data of around 60 percent, Sumitomo (SHI) Demag is the only machine supplier that could offer all this with a removable tie bar, in a smaller footprint,” ends Steve. 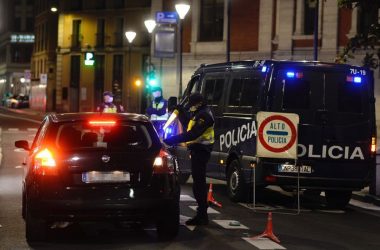 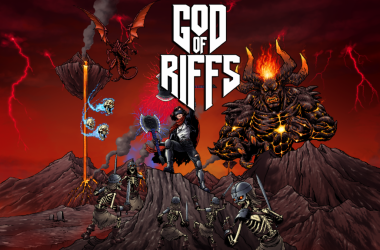