When Will The Australian Borders Open Up For Immigrants?

The year 2020 has shown the world that time can change rapidly and with changing times, Australian immigration laws can also change dramatically in reaction to emergent issues like the COVID-19 global pandemic. As we have moved into the new year with new hopes, there might be more changes waiting for us in 2021 as far as the Australian immigration laws are concerned. Many international students and permanent resident applicants around the world are asking for one question. When will the Australian borders open up for immigrants? There are many international students, migrants on sponsorship visa or Partner Visa etc still outside the country and are expecting to get back to Australia as soon as the borders open for immigrants.

Australia has only kept its borders open for permanent residents and citizens of the country or people who have been in New Zealand in the last 14 days before entering Australia. Australia and New Zealand have been pretty strict and careful about the entry into the country for anyone who is not a resident or citizen of Australia.

Due to this, people who have applied to Australia to study or work or travel have not been able to do so and their applications are stuck as well. There is no news as to when the application process will resume. It was about to resume in January 2021. But with new Covid cases coming up in NSW in the last few weeks, Australia has been even more careful than before. They still urge all the residents to be careful and take precautions when they step out.

Though there is no definite answer as to when Australia will open its borders for immigrants, we have managed to gather some useful information to help you determine the situation and plan your next step whether it is for permanent migration or study.

Who can readily fly to Australia now?

The Australian Federal Government had declared to close Australian international borders on 20th March 2020 for all tourists, international students, people on sponsorship visas or any temporary visa etc. From this point onwards, only Australian citizens and permanent residents were allowed to fly into the Australian borders apart from certain family members like spouses or children etc who have been issued the freedom to enter the country or who already have a Partner Visa. During this time, there has been some confusion among people who have applied for their Australia PR from dubai and Australia PR from abu dhabi. More or less, it was the same scenario all over the world during these uncertain times where people’s patience was tested.

When will the Australian borders open for immigrants?

When the international borders were closed in March, some people speculated them to resume in July but that never happened. After that, it was speculated that the Australian borders will open for visitors in the new year. But, during the federal budget announcement, the Australian Government announced in October that the international borders would only open by the end of 2021 or earlier if there is a vaccine. As of last month, the UK Government has approved the first vaccine for COVID-19 and it might be available to the Australians in early 2021. If this happens soon and you are not eligible for a permanent residence straightaway, you can apply for Australia work permit from dubai or Australia work permit from abu dhabi if you qualify in the federal skilled class.

The truth is that it is difficult to speculate what will happen in the following months but the new year has started on a positive note around the world and it only helps to stay positive when it comes to immigration. Moreover, tourists and temporary visa holders are a great source of income for the country down under as in 2019 itself, international students contributed more than $36 billion dollars to the Australian economy. So, Australia will not want to keep this stream closed for much longer.

Apart from this, a pilot program has already begun that brought in more than 350 international students from Asia to Adelaide and Darwin. We are hoping it will soon start from migration from other countries around the world too. On a positive note, we are hoping that all these happenings are an indication of great things waiting to happen in 2021 for the international students and temporary visa holders stranded outside Australia or waiting for their first shot at the Australian dream.

Every year thousands of students from all over the world travel to different parts of Australia to study. But since March 2020, the students who had already received their offer letters from their respective universities haven’t been able to enter the country and start studying, so there is no way that new student applications are going to be processes and they will be given their visas. It will be a long time before they decide to give student visas to people from other countries willing to study in Australia.

This has definitely affected the Australian economy in the last one year. So the country will not be able to keep it close for a long time as it depends on education and tourism as a main source of income. Due to Covid, both education and tourism in Australia have become impossible in the last one year. But if things go well, there is a possibility that Australia will open its borders to migrants from different countries and start issuing visas to them. But we are still waiting for updates from the Australian Government. Only people from New Zealand or who have been in New Zealand in the last 14 days are allowed to enter Australia.

Coming to the final part, on 8th December 2020, the Australian Minister of Health Hon Greg Hunt informed that the emergency period has now been extended until March 2021. So, it is safe to assume that international travel is not likely to happen before March 2021. Having said that, if the Australian Government is opening its borders in the next three months, it means that the processing of permanent resident applications may also resume shortly.

How to Pick a Diamond That Looks Big 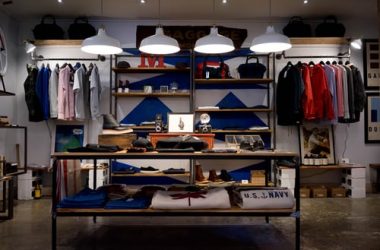 Mens Fashion Trends So Far In 2021

Fashion seems to be thriving every year across the globe. Catwalks are back and, now we can see…