In response to increased demand from its Irish customer base, leading robotics and automation company FANUC will officially open the doors to its first ever dedicated facility in Ireland on 11th October 2022. Located in Maynooth, Co Kildare, the unveiling of the 500m2 training centre and showroom will be overseen by FANUC’s European President & CEO Shinichi Tanzawa in the presence of a select group of local dignitaries, academics, government officials, press, system integrator partners and valued customers.

“We are delighted to announce the opening of our first Irish facility,” states Tom Bouchier, Managing Director of FANUC UK & Ireland. “Not only does it demonstrate our long-term commitment to our growing customer base in the country, but it also enables us to support the government’s aim to place Ireland at the forefront of the Fourth Industrial Revolution by 2025.”

The official opening will provide the perfect platform for a live demonstration of the recently released LR-10iA; FANUC’s lightweight, strong and compact robot series. Perfect for use in confined workspaces, the LR-10iA is suitable for all types of material handling applications, such as loading/unloading directly in a machine tool, or high-speed picking and packaging directly on a conveyor belt. Visitors to the Maynooth facility opening in October will be able to witness its full range of benefits at close quarters.

As well as the LR-10iA, the new showroom will be stocked with a range of robotics and automation solutions for demonstration, evaluation and test purposes. Latest FANUC innovations on display will include the CRX cobot range, a series of lightweight collaborative robots that boast eight years zero maintenance; and the ROBODRILL vertical machining centre, delivering precision and repeatability making it perfect for fully automated production runs.

Local, on the ground support

The new Maynooth facility will be supported by a five-strong team of dedicated staff with the ability to provide local technical support and servicing, with a view to increasing this into double figures over the next two years. The site will also host organised, in-house training for FANUC’s larger customers and scheduled courses catering for smaller groups; previously, Irish clients would have had to travel to Coventry in England. In addition, the company will continue to develop its strong ties with Ireland’s higher education network, including the Technical Universities.

The drive towards Industry 4.0

Located just 45 minutes’ drive from Dublin and within a 90-minute radius of many of FANUC’s Irish customers and partners, the Maynooth facility is accessible from most of the island in about three hours, making it the ideal location for FANUC’s Irish HQ. Its launch could not be timelier, coinciding with the implementation of the Irish Government’s wider industrial strategy, ‘Ireland’s Industry 4.0 Strategy 2020-2025’. Ireland currently lags behind the European average in robot penetration, with the second-lowest robot density in the EU15 in 2019. However, the Government’s strategy is that, by 2025, Ireland will be a competitive, innovation-driven manufacturing hub and at the forefront of Industry 4.0 development and adoption. With several hundred FANUC robots already installed in Ireland, the new facility at Maynooth means the company is ideally placed to help Irish businesses close the gap and profit from the new opportunities, supported by its network of expert integrator partners.

“The indicators are very strongly pointing towards more investment in manufacturing equipment in Ireland,” says Tom Bouchier. “The country’s technologically advanced, efficient and competitive future manufacturing sector and its supply chain is one that FANUC Ireland will be at heart of.”

The Future of Renewable Energy 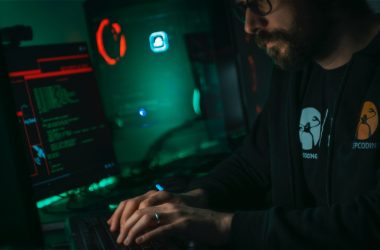 TryHackMe, a world-wide security platform for IT recently launched its new unrivaled training that enables users to imitate possible… 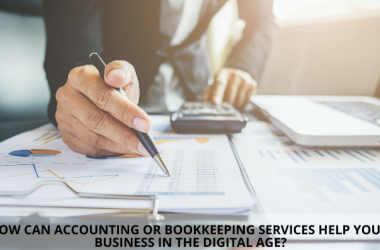 How can accounting or bookkeeping services help your business in the digital age?

As a finance and economy professional, the accountant is an essential part of supporting an entrepreneur or a…