Transcreation — Why is it Different From Translation?

Translating one language into another word with word-to-word meanings can be funny — and doesn’t always convey the same message. That’s where transcreation comes in.

Unlike translation, transcreation doesn’t solely rely on a dictionary to translate a text from one language to the other one. Transcreation is the act of changing a text so the same meaning and tone can be conveyed that the speaker in the other language wants to convey.

Let’s have an example.

A private airline in 1987 released an ad targeting Spanish-speaking people. They created the ad in English and later translated it into Spanish, and even made it public without checking the meaning.

The tagline was supposed to say “Fly in leather,” to convey a luxury experience. But after translating it into Spanish, it became “Vuela en Cuero,” which means “Fly naked” in Spanish.

You, too, must have realized this problem numerous times in word-to-word translation. Mostly, it doesn’t make any sense.

Are you still confused between transcreation and translation? Let Spanishwriterpro point out a few more differences between the two:

1.    Transcreation Begins With a Creative Brief

As said earlier, transcreation is a whole new concept. You don’t just translate words but feelings, emotions, and what the other person is trying to say. That’s why it often starts with a creative brief.

Transcreation is about translating emotions; what was going on in the writer’s mind when he wrote a certain word.

For example, you can express your love in English using various phrases. “I love you,” “I can’t live without you,” “You are my world,” etc.

But, do all of them have the same weight and meaning?

The same is true for other languages. There are certain phrases used to convey emotions, which non-natives can’t understand.

Thus, transcreation often starts with a brief so the reader can understand the next part with utmost detail and grasp the emotions and feelings hidden in a text.

Translators are mostly literally people. With a Master’s degree in literature, they have great command over grammar, understand nuances, and have an unusual vocabulary.

On the other hand, transcreation is a creative field. Transcreators think out of the box and use their creativity to get the message across.

The transcreation process is much more complex than translating word by word. Instead, you read, absorb the message, think about how you can explain it to the reader, and then you transcreate.

It’s like you’re simplifying a problem. Maybe you had a mathematics teacher who always solved the problem bit by bit, and got down to your level to simplify complex word problems and MCQs. Transcreation works the same way.

Normally, transcreators are creative people who avoid getting fancy with words. Their job is not to impress with words but keep the text as plain as possible while conveying the intended message.

Transcreation is a complete thought process; much different than translating a bunch of words into another language.

You might have to think, write, and rewrite multiple times while transcreating a paragraph.

Is my vocabulary too fancy? Will the reader get what I’m trying to say here?

Transcreation requires understanding the psychology of your prospect.

What words are offensive in their language? Can they understand the analogy I drew in the last paragraph?

This becomes much more complex when you’re writing an ad. So transcreators need days to finish the work a writer would complete in a few hours.

4.    Only Writers are Transcreators

Writers are known for hitting emotions and conveying feelings in the form of words. You read a certain tagline, blog post, social media post, or anything written by a professional writer, and you immediately get the idea of what he meant.

You may know two different languages, but still, you can’t be a transcreator. Yes, you can translate. English into Japanese, German into English, etc., but you can’t imbue the real meaning behind a certain phrase in your translations.

Understanding the idioms and phrases is another thing transcrators are good at. In some languages idioms are used frequently, analogies are drawn in write-ups to give a clear understanding of the idea. So simple translation from one language to another doesn’t work.

Moreover, You can’t translate emotions, like the pangs of happiness the first person is feeling in your translations. Only a writer can do this. That’s why only writers can do transcreation with 100% perfection.

5.    Transcreators Make Much More Than Translators!

Ouch!!! If you’re a translator, this might offend you. But yeah, transcreation can make you much more than simple translation. Even ad agencies hire transcreators when they want to create ads for a specific audience.

Yeah, you can say they are like copywriters who write ad copies and scripts to sell. People who transcreate can hit the pain points since they are able to express emotions and feelings through words and are well-versed in the language that they speak.

Let’s say you are a cloth brand in India. You want to create an ad for the Tamil community in India in the Tamil language for an upcoming festival.

Who will you hire to create this ad? Of course, a transcreator or copywriter, or maybe both. But there’s nothing a translator can do because you know what happens when you rely on plain translation instead of understanding the meaning behind the message. 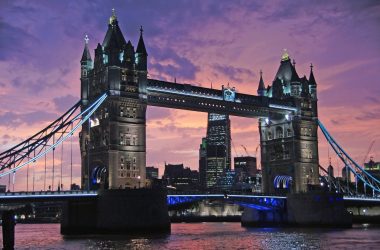 Since 19th July, engaged couples who have been waiting to tie the knot can now take the next… 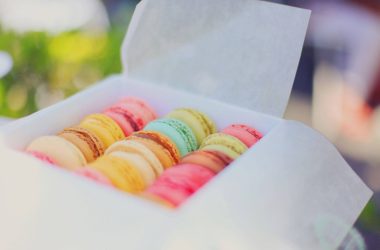 The French food delivery market is hugely lucrative, worth €180 billion and growing. Food makes up 20% of… 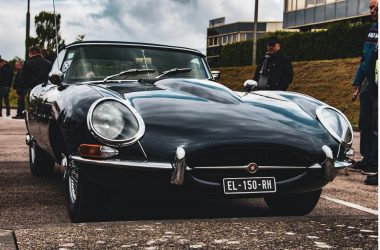 Discontinued Cars That Are Worth the Most